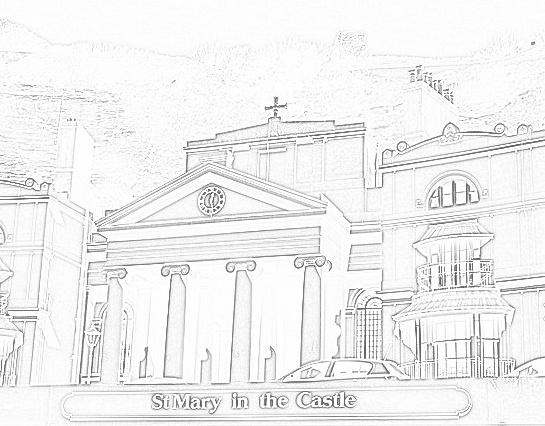 DEATH OF The Rev. THOMAS VORES, 09 October 1875, Hastings and St Leonards Observer
On Wednesday last the Rev. Thomas Vores died, one of the most popular of our local clergymen.  For thirty-three years .Dr. Vores was the faithful  and esteemed pastor St. Mary's-in-the-Castle; and it was only recently, through ill-health, that he resigned the incumbency.

Since then his health 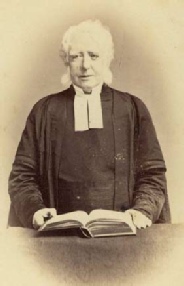 has been gradually declining, and even the most sanguine of his friends could not but feel that the end was approaching.  At eleven o'clock on Wednesday night the patiently endured suffering ended, and the reverend gentleman entered into his last, long rest.

His death will be universally deplored by all classes the population Hastings, and especially by members of the congregation who have for so long been under his loving ministration.  The rev. gentleman, too, will greatly missed on the platforms of the various religious societies with which he was connected, and in him they will have lost one of their most successful pleaders. 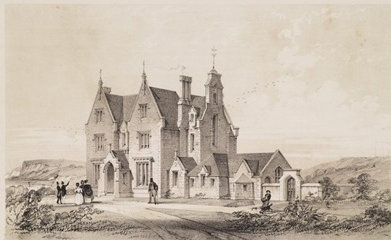 Hastings and St Leonards Observer - Saturday 12 January 1878
THE VORES MEMORIAL INFANT SCHOOL. A little over two years since the people of Hastings heard with feelings of deep sorrow of the death of the Rev. T. Vores, who for thirty-three years was the Vicar of St. Mary's-in -the-Castle.  On Thursday the friends and parishioners of that eminent man assembled together in perpetuating the commemoration of his manifold works, and signalising the same in the love they bear towards him by the erection, by contributions, of a building named "The Vores Memorial School......... The building, a very plain and useful one, .... is in the Gothic style, and capable of accommodating about 200 children. There is a large class room, also a lavatory, and the usual offices, the total cost being £1200. The architects are Messrs. Jeffery and Skiller, and the builder Mr. Rodda, of St, Leonards.

Within these hallowed walls
I sit and muse to-day.
While softly memory recalls
The lov'd ones passed away,—

Lov'd ones who worshipped here
So meekly at our side;
But now they fill a higher sphere
Amongsth the glorified.

And he whose welcome voice
We heard from week to week,
Bidding us in the Lord rejoice,
And for His favour seek,—

He, too, has left his place
Within the Church below,
And we no more shall see his face,
Nor share his love's outflow!

But though we mourn our loss,
And miss the days of old,
Thank God the message of the Cross
By other lips is told.

Thank Him for one who leads
Our steps in pastures fair,
And from God's storehouse richly feeds
The flock now made his care.

His pure and lofty aim,
His faithfulness of speech,
His zeal to spread the Saviour's name,
And all His counsels teach,—

His self-denying life,
His lowliness of mind,
His shrinking from un-Christian strife,
His love towards all mankind,—

Brightly these graces beam
Through darkening gloom and care,
Winning our most unfeigned esteem
And earnest-hearted prayer