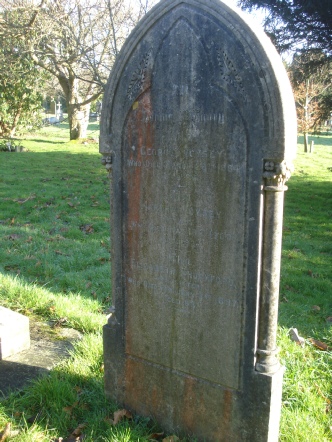 George Voysey was born on the 19th March 1808 to Zechariah & Catherine Voysey and baptised at Penryn, Cornwall.

The first reference to him in Hastings is in the 1837 Poll Book when he is at Warriors Gate, a freehold House in New London Rd.  By 1841 he and his wife Martha were at 6 Norman Road, by 1851, still at this address, he is listed as surveyor and auctioneer.  George Moppett, a 16 year old carpenter, their nephew, is living with them and they have one servant. By 1856 they have also acquired 5 and 7 Norman Road East.  In 1861 they are listed at 8 Norman Road and George has added Lawyer to his list of occupations.

The 1881 census shows the family at 2 St Margaret’s Road with an adopted daughter Lily, age 4, who was born in Walworth, Surrey.  In 1891 they lived at Lily Villa in Upper Tower Road, presumably the house was named after their daughter.

George seems to have started off in a small way on his own and then joined other architectural practices.  On his own account he built 12 Eversfield Place and in 1861 the first St Matthew’s Church.  In partnership with Cooper and Putland he built 2, 4 & 6 Eversfield Place.  He later joined the partnership of Jeffery & Skiller, architects of Emmanuel Church and Caple-ne-Ferne.

George does not seem to be related to either the more famous Arts and Crafts architect C F A Voysey, (whose uncle, Henry Annesley Voysey, Architect and Surveyor, apparently "an architect of more than ordinary ability",also died in Hastings in 1851, aged 27) nor his son, who designed the White Rock Pavilion and the Judges Postcard Factory in Bexhill Road in 1927. 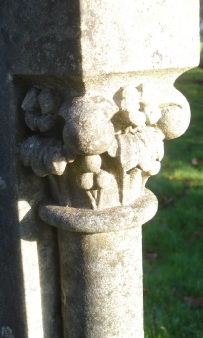