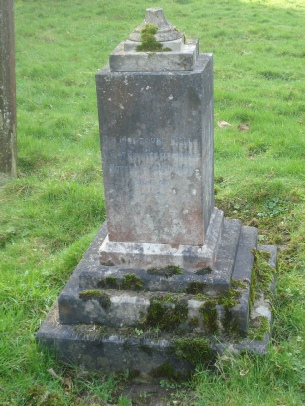 Sir Mordaunt Wells, second son of the late Samuel Wells, barrister at law, and the historian of the Bedford Level of the Fens.

Sir Mordaunt Wells commenced his professional career on the old Norfolk circuit, of which he became one of the leaders, and was appointed Recorder of Bedford soon after he became Sergeant Wells.  He left the Common Law Bar and became a member of the Parliamentary Bar, at which he had a large practice.

In 1858 he was appointed a judge of the Supreme Court of Calcutta, and was then knighted, which high position he resigned in 1863, in consequence of domestic bereavements and ill health, having foregone a pension.  After recovering his health he again devoted himself to the Parliamentary Bar, and became one of the leaders; but ill health compelled his retirement.  Sir Mordaunt Wells was twice married, but died a widower, leaving one son by his first marriage, who is a barrister on the Northern Circuit. - Cambridge Independent Press - Saturday 05 December 1885

While a Judge in India he, “gave a notorious address to the jury in the Nil Durpan trial” Journal of the Royal Asiatic Society new series vol 101/issue 01.

The Brisbane Courier carried the following report 20/12/1861 :
“Unfortunately, also, Sir Mordaunt Wells, who seems to have been haunted by a desire to show he could speak grandly on a grand occasion, said a great many very silly things, in his charge to the jury.  Indian critics have therefore the pleasure of abusing a Judge, as well as of dwelling on what seems to them a very extraordinary and very hard case.” (see http://en.wikisource.org/wiki/Nil_Durpan/Review for more on this; he has also published what is presumably his defence - Statement concerning Sir Mordaunt Wells's Judgement in the Case of Hema Nath Bose: With Notes and Appendices)

Some prominent Indians requested the Secretary of State for India to recall Sir Mordaunt but this did not happen.  Nor does he seem to be so biased as he is generally painted, and showed real concern for the conditions and situation in India, and respect for many Indians.

However, he fared no better when giving a farewell speech on leaving India:

“Sir Mordaunt Wells before leaving India visited Bombay, on his way home. There the members of the bar entertained him, and he made a speech which has given great offence to his colleagues, no less than to the body of the public.  He accused civilian judges of gross ignorance, of a desire to destroy the privileges of the Bar, of incompetence, and of all the faults and defects which a judge should be free from.  The speech has created the greatest astonishment here, and it was a pity that the last act of Sir Mordaunt Wells in India should have been to stir up this ill feeling. - Press, Volume V, Issue 547, 1 August 1864, Page 3