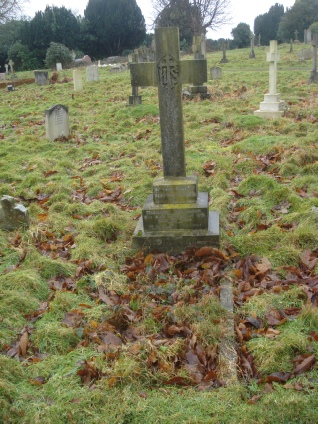 Pray for the soul

“On whose soul, sweet Jesus, have mercy"

Beloved Husband of the above

Who died of wounds

The Winebloom family came from Leeds.  James was born there in 1866, and Mary Anne (nee Smith) in 1867 in Wakefield.  They married in 1894 and had two children, Edward who was born in Leeds in 1895 and Kathleen Mary who was born in 1901.  In 1891 James was a post office sorting clerk and by 1911 he had risen to be assistant supervisor in Leeds Post Office. They must have moved to Hastings sometime after the war, as the CWGC entry gives their address as originally of 21 Beechwood Terrace, Leeds, then of 32 Gordon Terrace, Scarborough.  They had lived in Beechwood Terrace since before 1901.

Edward was a gunner with the Royal Field Artillery ‘B’ Battery 310th Brigade.  He is buried in Wimereux Communal Cemetery.  The legend on his grave is ‘In Arduis Fideles’. Before he joined the army he was an office boy at the National Telephone Company. 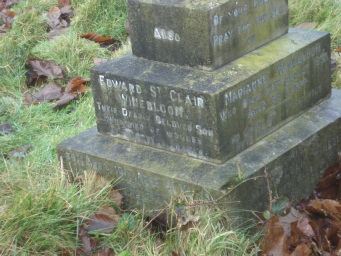