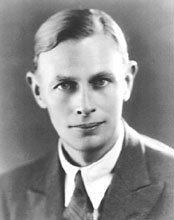 And in memory of his courageous widow 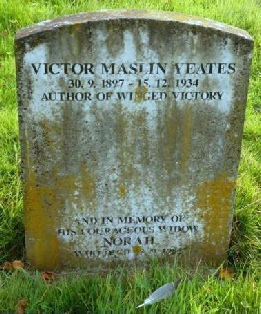 He was a WW1 Sopwith Camel pilot with No.46 and No.80 Squadrons in the Royal Flying Corps in the First World War and wrote a semi-autobiographical account of his experiences called ‘Winged Victory’.  It is considered to be one of the best accounts of aerial combat and the futility of war of its time and is still in print.

He is buried in Hastings Cemetery because he died of TB in Fairlight Sanatorium in 1934, but his family were living near Sidcup at the time.  He was a friend of Henry Williamson (author of Tarka the Otter etc.)who wrote a forward to the book.

There is a full account of his life in Wikipedia: http://en.wikipedia.org/wiki/Victor_Maslin_Yeates

There is also a biography - Winged Victor: A Biography of Victor M. Yeates by Gordon Fred Atkin

Mr V M Yeates, who served in the Royal Flying Corps in the War, the author of "Winged Victory", which was highly praised in The Times a few months ago, died at a nursing home near Hastings on December 15 from tuberculosis due to war strain, of Flying Sickness D, contracted in 1918. He was 37 years old.

The intensive writing of that book during the past two years shortened a life already doomed, alas! to end so soon, and one feels that it is only a question of time before his book is known everywhere as one of the finest and truest transcripts of the actuality of the War of 1914-18. As a picture of War-time flying, of stress and exhilaration and anguish of comradeship in those vanished scenes and actions, it stands alone.

"Wingless Victor", as he signed himself in letters to his friends when he felt his doom descending on him, flew with Squadrons 40 and 86 on the Western Front, totalling 238 hours on Sopwith Camels. He crashed four times, being shot down twice. His log book reveals that, like the character of Cundall in his book, he did altogether 163 jobs in France, totalling 248 flying hours. His experiences, and those of his friends in the squadron, form the basis of "Winged Victory". 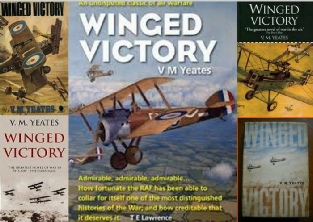