EG L05 - This is the grave of Robert Abraham, with a memorial to his son William.

The reverse of the memorial stone has a dedication to another son, also Robert, who has a gravestone in Poperinghe, actually Lijssenthoek Military Cemetery, Belgium, and is also the memorial of his mother, Annie. (Wife of Robert Senior)

Who Passed Away on Good Friday

‘In the Certain [?] Assurance of Eternal Life'

‘Forever with the Lord'

Son of the Above

Robert Senior was a carpenter.  At other times, the father, who originally came from St Neots,  was described as a builder. 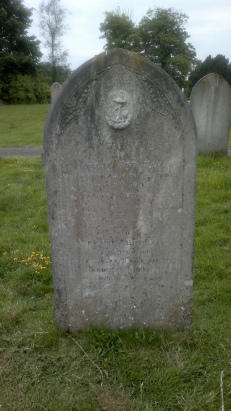