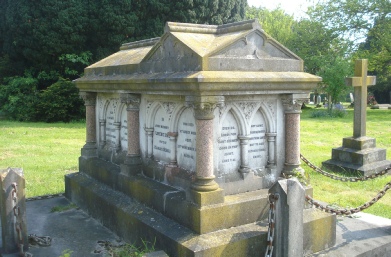 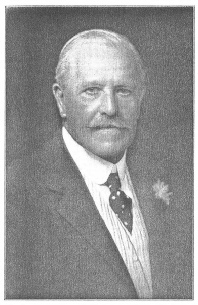 Charles and Florence had a younger son, Harry Geoffrey Beasley in 1881 in  East Plumstead (then in Kent.)

Much more information on the Internet on the brewery

The initial puzzle was why this wealthy family from Kent were
buried in Hastings.   We now know that Florence’s Mother and
sisters were resident here. (See Ludlam.)

Charles junior took seems to have taken over the running of the
firm.  Several sources (but likely all emanating from one) say
that Harry Beasley was privately wealthy after inheriting the
North Kent Brewery, but as he died before his brother Charles, it
seems more likely he inherited a share in the Brewery.

MISUSE OF PETROL Sevenoaks Cab Owner Fined at Bromley  At Bromley Court on Tuesday Charles Gerald Beasley, of Hill Court, Four Elms, Edenbridge, was summoned as the hirer of a motor cab for causing petrol to be used in that cab outside the permitted area..........

The vehicle belonged to the Sevenoaks Hire Service and the driver was not entitled to use it except in the Sevenoaks Urban District Council area or within radius five miles outside........…

Witness said he was aware that the passenger, Mr. Beasley, was an invalid,… Mr. Vallins produced a medical certificate signed by Dr. Ronald Walker, of Sevenoaks, and quoting the opinion of Harley-street and Wimpole street practitioners regarding Mr. Beasley’s health……It was true that Mr. Beasley had his own car, but had no driver. ...... Mr. Beasley had hired the cab for his essential business as a brewer.  Mr. Villers said that Mr. Beasley was a sick man. His journeys to the brewery at Plumstead were only made when his presence was absolutely essential. .......

Mr. Waddy said that Mr, Beasley was chairman of a brewing company which until recently was a partnership, but was now a limited company of which there were two directors.  The other director was not always available on account of other business....…

Dr. Ronald Walker, Sevenoaks, said it was essential that Mr. Beasley on account of his health, should lead a sheltered life….  The Chairman; We are satisfied that Mr. Beasley is a sick man. Charles Gerald Beasley, senior, said that he only went to the brewery when his presence was absolutely essential.  He mentioned that his employees were reserved under the Essential Works Order. The Chairman: We are not satisfied that an essential service was being performed on this occasion. ..... Mr. Beasley and the driver each made a mistake.  The summonses against them would be dismissed with payment of the costs. 4s. in each case........... 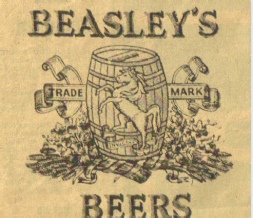