She was educated in Minneapolis, Minnesota, USA. When living with her parents in Minneapolis. She was a student at the Royal Free Hospital in London, gaining experience that would assist her with Missionary work. Following a further period of religious study, she became ill and died.

Death of Miss S. R. Beck—Many of our readers will, we feel sure, read with regret of the death of Miss Susanna Rickman Beck, daughter of Mr. Samuel Beck, of 37, Elphinstone-road, Hastings, and sister  of Mr. W. E. Beck, of the Y.M.C.A., which took place suddenly at Stamford Hill, London, on Thursday last, under peculiarly painful circumstances.  The deceased lady retired on the evening of the 17th apparently well, though suffering from weakness and prostration, the after effects of an attack of influenza.  When called the following morning she was thought sleeping, but it was afterwards discovered that death had taken place.

Though I walk thro the valley

of the shadow of death I will

fear no evil, for though art with me. 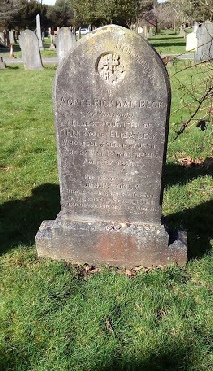