Henry Blomfield was born in Finsbury in North London on 9th April 1817, the son of Samuel Blomfield, a London cutler or knife-maker.  Elizabeth Eldridge was born in Hastings on 23rd April 1822, the daughter of Edward and Sarah Eldridge.

William Knibb, a Baptist missionary and anti-slavery campaigner, toured England to speak of his work in Jamaica and to recruit teachers for the Baptist Missionary Society. Elizabeth Eldridge and her friend Henry Blomfield both decided to work as school teachers in Jamaica. Elizabeth appartantently was not be allowed to travel to Jamaica as a single woman, so she and Henry were married on 5th November 1840 at the Croft Chapel, a Non-Conformist church located in Gloucester Place, Hastings. 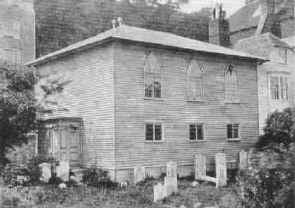 They arrived in Jamaica in 1841 and taught at a Baptist mission near Cockpit Country. The couple's first child was born in Jamaica on 8th April 1842 and he was given the name William Knibb Blomfield in honour of William Knibb.  A second son, Henry, was born in 1844.

A second daughter,Barbara Mary Blomfield, was born in Hastings in 1848.

Around 1856, Henry and Elizabeth Blomfield, together with their five surviving children, returned to Hastings in Sussex. The family moved into 1 Clarence Terrace, in Ore. They decided to set up a Boarding & Day School at their new home and, on 14th March 1856, they placed the advertisement opposite in the Hastings & St Leonards News.

In the 1861 census the Blomfields were still using their house in Clarence Terrace as a Boarding & Day School.  A total of six pupils are shown listed as boarders.  In the census return, Henry Blomfield is described as a "Baptist Minister", aged 44.  There had been two more additions to the Blomfield family since they had set up home in Ore. Elizabeth Hannah Blomfield (known as "Lizzie"), 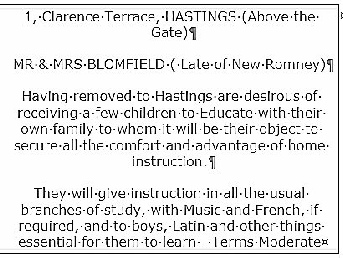 In 1878 Henry and were running a lodging house at 1 Magdalen Terrace, St. Leonards.

John Clarke Hume was the son of Sarah, and her husband, John Alexander Hume. 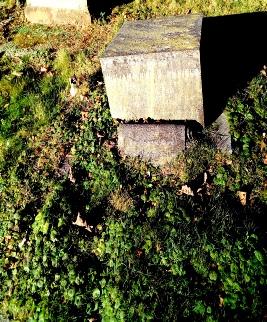 Henry Blomfield
May 24th 1889
Aged 72
In thy presence is fullness of joy
And pleasures evermore.

Also of
Elizabeth
Wife of the above
Who entered into rest
November 16th 1890.  Aged 68
"Until He come"

The Memorial to William Knibb Blomfield on the front face in the photo on the right, and John Clarke Hume on the stone below it, are not easily readable. 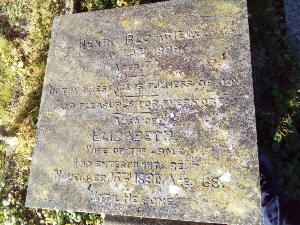