In the 1871 census Barbara Blomfield is down as a governess.  In the 1881 census where the Blomfields  resided at 1 Magdalen Terrace Hastings, Barbara is  32 years old, and a governess.  She  died unmarried.  She made at least one trip back to Jamaica, probably with her brother, William.  There  is a photo of her, most likely taken by him, mounted on a horse,  taken in Jamaica. 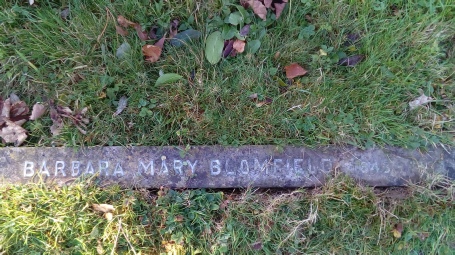 Lizzie - Born in Hastings in 1858.  The census of 1881 shows Elizabeth aged 22 years, a governess.  She never married.  She worked at the St.John VAD Hospital (Holmesdale Gardens) during World War 1

Hastings and St Leonards Observer - Saturday 02 December 1933
THE LATE MISS BLOMFIELD.— Miss Elizabeth Blomfield, who died at her home, 30, Wellington-square, Monday, was the youngest daughter of the late Rev. Henry Blomfield, Jamaica, and had lived nearly all her life at Hastings.  She was one of oldest members of the Church of St. Mary-in- the-Castle.  She made many friends during her nursing career, and during the war was attached to the local hospital as a V.A.D.  The service was conducted in the house the Rev. C. C. Dobson, vicar of St. Mary-in-the-Castle, and the committal service was taken by her nephew, the Rev. W. B. Hume, of St. Luke's, Hanley.  Beautiful floral tributes were sent the following : " Our dearest one, fondest love, from all at Castle Lodge, Pontefract (Dr. Q. W. Blomfield, brother)"; loving memory of Aunt Liza, from Teddy and Bess (Dr. E. E. Blomlield, nephew)"; "Loving memories, Bernard and Muriel (Mrs. Highcliffe, niece) "In loving memory, Mrs. Eraser (Aberdeen), niece"; "My own dear Liza, in loving memory, Cis (Miss Hume, niece)"; …………..

There are many photos and more information about the photography firm at : 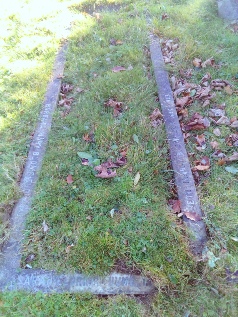 Hastings and St Leonards Observer - Saturday 08 January 1876 Marriage — Wellington square Baptist Chapel-was largely attended on Wednesday morning, by witnesses to the wedding ceremonial, which united in holy bonds Miss Blomfield,[Sarah] eldest daughter of the Rev. James [sic] Blomfield (formerly a Baptist missionary Jamaica, and now a resident at St. Leonards), to James [sic] A. Hume, Esq , a gentleman holding official position in London, and the son another Baptist minister, who also resided in Jamaica.  The marriage service was impressively conducted by the Rev. William Barker. The bride was most gracefully attired in white

lustre, with white satin, wearing also a veil an<i bridal wreath. The bridesmaids,(Miss Barbara Blomfield, Lizzie Blomfield, and Miss Hume), .......The groomsmen were Mr. James Hume, and Messrs and Edwin Blomfield. At the conclusion the ceremony the bridal party was conveyed by carriages to No. 30, Wellington-square the residence of Thomas Nevill, Esq , uncle of the bride, where twenty guests partook of breakfast….. 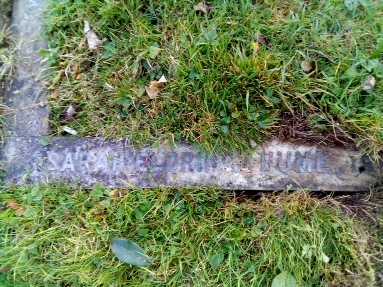