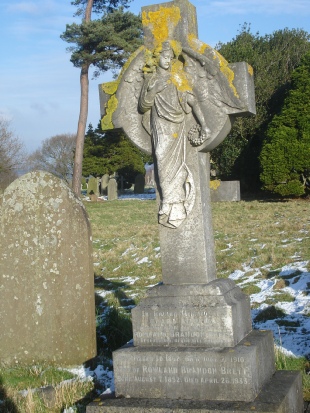 The devoted wife and companion of

Born Hastings in 1852, as was his wife, Clara Amelia McConkey.  Son of Thomas and Celia Brett

He and Clara were married Hastings in 1875.

They had at least one son, Rowland William Brandon, born in Islington in 1876, who in 1901 was a stationer living with his grandfather in St Leonards.