In memory of William Harte Chapman the beloved son of Peter and Mary Emlin Chapman of Bridgetown, Barbados.

On 28 August 1833, the British Government decided to pass the Slavery Abolition Act, brought into effect on 1 August 1834, and slaves across the British Empire were granted Emancipation.

Although the Slavery Abolition Act was meant to officially cease slavery, there remained a four year ‘apprenticeship period’, whereby ‘free men’ continued to work without pay in exchange for small housing.  This continued until 1 August 1838, when it was finally agreed that all slaves were to be truly set free.

Whilst they were still obliged to work the land of the plantation owners in return for a salary, it allowed them to begin to accumulate savings.

For the first time, this also put them in a position to purchase land in Barbados. However, plantation owners were reluctant to break up their estates for purchase.  There were exceptions.  Reynold Alleyne Elcock in 1841-42, subdivided part of his estate and workers were able to purchase small parcels of land by instalments.

Peter Chapman who had held six areas, with a total of 73 slaves, and was the principal land speculator of the period during the 1850's subdivided at least three St George plantations, ?1853, Campion Castle 1854, and Workmans, 1856, out of which villages of the same names were formed.

Later, in 1856 – 1857, Peter Chapman, as owner of Enterprise Estate, divided this estate into sellable lots, of 1 to 2 acres at £70 an acre, which labourers could purchase by instalment.  Thus was created Workman's village in the St George Parish, setting a trend for the creation of ‘free villages’ in Barbados.

A deed dated December 23, 1856, records the sale of “Enterprise Land” to Peter Chapman. A price of €3,500 was paid for the 1023/4 acres. Chapman, an enterprising solicitor, had the property surveyed, divided into one and two acre lots and put up for sale at a price that averaged €70 per acre.  Many persons could not complete payment after making a deposit and lost both the land and their money.  As a result, Chapman never sold all of the land since sections were returned to him whenever payments could not be met.  On his death there is no mention of this property in his will, but informants reported that the land, plus the money due for it, went to his son-in-law.

The descendants of Peter Chapman collected payments for many years, but the landholders could never raise the amount required to obtain title. 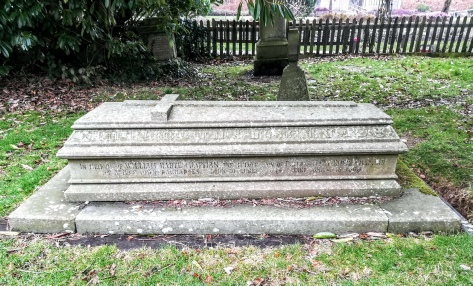