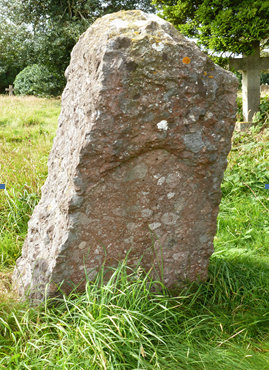 Thomas Gambier was of Huguenot origin and he was born in Canterbury in 1838.  He lost a brother and sister to consumption and became a doctor to help people suffering from the disease.

He trained in London – in 1861 he was living in Marylebone as a medical student and assistant to one William Squire. He was admitted to the Medical Register in 1863 where his qualifications are listed as Licentiate of the Society of Apothecaries (1861), Member of the Royal College of Surgeons (1862) and M.D University of St Andrews (1863).

He began his career in Devon (where he may have married his wife Ellen in 1864) although he had returned to London by 1871, living in St Pancras, but in 1882 he opened the Hastings and St Leonards Throat and Ear Dispensary in Trinity Street.

In 1884 Friedenfels Home, in Upper Maze Hill, was opened for in-patients including those suffering from chest diseases.  This is listed as his home address in The 1891 Census, and he and his wife Ellen shared their home with seven male inpatients and at least eleven female inpatients.  Interestingly, they were mostly working class doing a wide range of jobs including domestic servant, tailor and concertina maker.

In 1891 the Eversfield Hospital and Home for Consumption and Diseases of the Chest and Throat was opened on land at West Hill Road given by the Eversfield Estate with Doctor Gambier in charge.

Hastings News of 03/08/1900
Eversfield Hospital in West Hill Road was hit by lightning during terrific thunderstorms on Friday 27 July. Mr Gambier the medical officer was struck.

The coming of the Lord Jesus who shall change this body and fashion it like unto his own.

He was listed as resident medical director at the hospital in 1901 and it was still his address in 1913. His wife died in 1902 and he seems to have remarried in 1911. He died on Christmas Day 1921. (National Archives website)
NEXT