Rev William Harte appalled the colonialists in Barbados by preaching equality.  He was prosecuted by the vestry of his parish for, among other things, teaching slaves ‘doctrines of equality inconsistent with their obedience to their masters’ and for comparing the white inhabitants of his parish to those of Sodom and Gomorrah, somewhat to the advantage of the latter. See Exploring History in Hastings Cemetery, OHPS (or search the Internet) for more on this.   Gravestone - http://www.caribbeanfamilyhistory.org/mi/Details.aspx?id=2726

His daughter, Mary Emlin, married Peter Chapman, a solicitor and landowner in Barbados.

The graves of Harriet and Edward, also children of the Rev. Harte are found near some the Chapman graves.

Little is known of Harriet Williama, born 8th of February 1819. She died aged 57 on 14th September 1876 and her death is registered in St. Georges, Hanover Square and is buried in AO A04 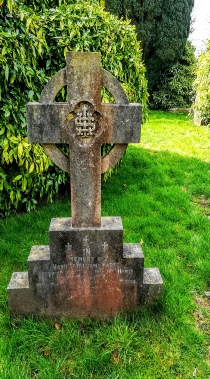 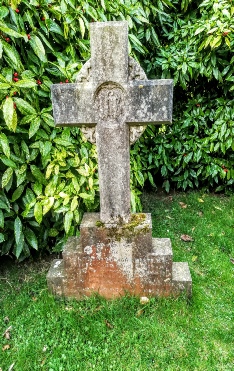 In
Memory of
Harriet William Harte
Daughter of the late Rev. W.M. Harte

The grave in the middle is that of their cousin, Laura Chapman - AO 05