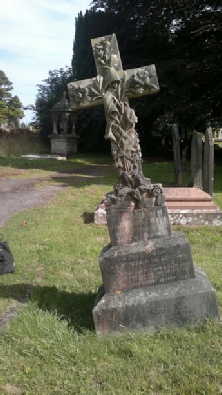 (Known in Hastings as

Who died at The Grove

Not gone from memory or from love 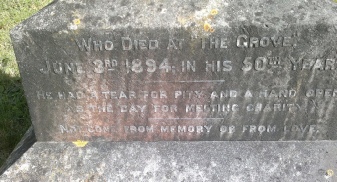 In Memoriam.—Mr. H. Burchell, monumental mason, of Havelock-road and Middle-street, has recently had in hand some specially noteworthy grave monuments, amongst them being a Sicilian marble memorial carved cross, on three steps, enclosed by marble kerb, with galvanised chain hanging marble posts, in memory of the late Mr. John James Kane, better known in Hastings Mr. James Harvey. The cross is also erected to the memory of Mr. William Kane, of Newcastle-on-Tyne, who died some nine months before.  [But was buried here according to the records] 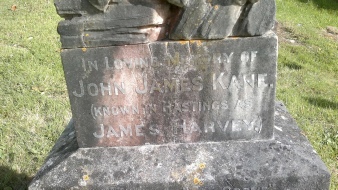