married to Miss Charlotte Greenwood, at Nelson Cathedral on February 17, 1870, in a double wedding with Charlotte's sister.  Charlotte had been born in Motueka, Nelson Province, one of the 11 children of Dr John Danforth Greenwood, and his wife Sarah Field, an artist of note who has an entry in the Dictionary of New Zealand Biography.  Dr. Kemp’s father-in-law Dr. John Danforth Greenwood was an American, his parents being from Boston but was born in London. His father was a noted portrait painter but thought his market was limited, so he travelled, and became a noted auctioneer in London, where his son John was born on the 4th of January 1803. (Charlotte died in 1939, aged 90.)

After his marriage Dr. Kemp took over Dr. Boor's practice' in Wellington, and remained there until January, 1892, when he returned to England.  Some time after going back to the land of his birth he took his M.D. degree, London, but did not, practise any more.  Dr. Kemp was one of Wellington's most respected citizens.  Possessed of a genial and kindly disposition, he endeared himself to all who knew him.  During his residence in this city he identified himself with movements of a philanthropic character, and in that connection did much valuable work.

For some years he was chief medical officer of the A.M.P. Society, and was at one time churchwarden of St. Paul's.  He has left a widow (resident at Hastings, England) and four sons and three daughters.  The sons are Mr. Geoffrey Kemp, district manager for the A.M.P. Society at Invercargill; Dr. John Harold Kemp, of Wellington South; Major Frederick William Kemp, M.C., New Zealand ..Medical Corps (now in France); and Captain Charles Gordon Kemp, M.D., M.C., Royal Army Medical Corps, who is also on active service' in France.  The daughters are Mrs. Macpherson (London) and Miss Kemp and Miss Violet Kemp, who are living with their mother.  One of the daughters (Sister Elise Kemp) was killed while on active service on the Western front, and another (Miss Kathleen Kemp) died at home about nine years ago. 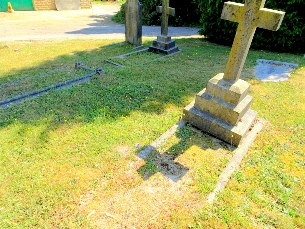 A private cable message received in Wellington announces the death on Friday last, presumably at Hastings, England, of Dr. William George Kemp, who for many years was one of the leading medical practitioners in this city.  The late Dr. Kemp was born at Alnwick, Northumberland, 72 years ago, and was a son of Major Kemp, who left his regiment for a time to become Master of the Horse for the Duke of Northumberland, and who, on returning to the Army, received a Staff appointment at Canterbury, England.

Dr. Kemp studied medicine at St. Bartholomew's Hospital, London, and passed his examinations brilliantly, qualifying, when he was old enough to do so.  The authorities of Nelson Hospital requested the officials of St. Bartholomew's to select a young man of character and. ability to take up the position of medical superintendent of their new hospital, and Dr. Kemp received the appointment when he was 22 or 23 years of age. , He arrived in New Zealand about half a century ago, and during his residence in Nelson was