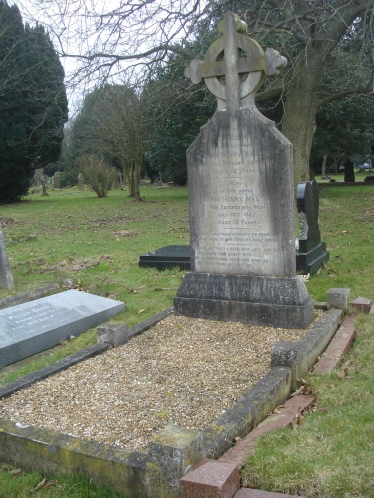 Who entered into Rest

Be not gone from memory or from love

But come to our Father's home above

Sleep on thou loved and lost one, sleep

Beneath the quiet sod,

With faith and hope and prayer

We give thee up to God

Pursuant to the Statute 22nd and 23rd Vic., cap. 35,intituled " An Act to further amend the Law of Property, and to relieve Trustees."

NOTICE is hereby given, that all creditors and other persons having any claims or demands against the estate of John Henry Mastin, late of Holmesdale Gardens. Hastings, in the county of Sussex, Draper, deceased (who died on the 10th day of July, 1889, and whose will was proved by Julius Fontaine Mastin, the Son of the said deceased, and James Joseph Symonds, the executors therein named, on the 29th day of August,1889, in the District Registry of the Probate Division of Her Majesty's High Court of Justice at Lewes), are hereby required to send in the particulars, ……….The London Gazette 27/9/1889 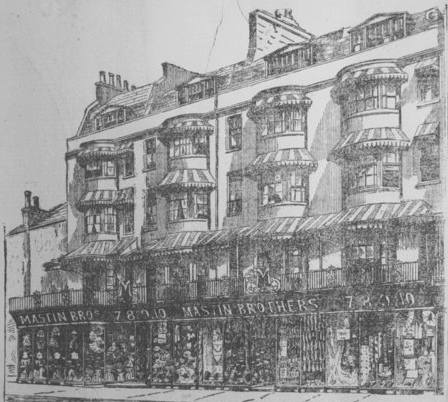 Mastins was a general drapers, occupying Nos 7, 8, 9 and 10 Breeds Place as well as the adjoining No 1 Castle Street.

The business was founded in 1872 by John Henry Mastin and it remained the leading family business in the town until it closed in 1969.

A disastrous fire hit Mastin Brothers, the large drapers and general furnish shop at 7-10 Breeds Place, on Friday 9th. Nearly £12,000 of damages was caused. The drapery establishment was partially ruined. There was a narrow escape for girls and two firemen. This was the first time in the history of the Hastings fire brigade that all the men were called out, and

may have been the biggest ever faced by the volunteer brigade. Business was at a standstill for some time afterwards.

About 1910 Julius Mastin became the sole proprietor. He later turned the business into a limited liability company.   The store was remodelled in 1928, with a new façade of arcade windows, 100ft long.  after it closed in 1969 it stood empty until 1972 and was then demolished. 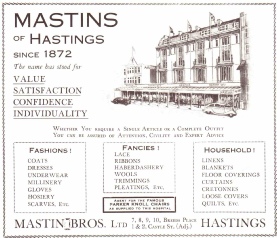