She was the 2nd wife of Malcolm Nicolson, a Major of the Honourable East India Company’s service, who died in 1850 in France.

Malcolm had children by his first marriage, one of whom, Mary, died in infancy.  He and Caroline had Janet Adelaide, born in London, Malcolm Hassells, Simon Edmund, Mary Caroline, Caroline Isabella, and Norman Fraser, all born in Boulogne-sur-Mer, France.

Caroline died in Hastings in 1906, but n oealier record of the family here has so far come to light.  In the 1911 census her daughter Mary Caroline, was a "Head Lodger" in Haywards Heath.

Malcolm Hassels Nicolson was born in June 1843, the son of Major Malcolm Nicolson, Bengal Army. He entered the Indian Army as an Ensign in the Bombay Infantry in December 1859, aged 16, and was promoted Lieutenant, January 1862. His first active service was in the Abyssinian War 1867-68, during which he was present at the action of Azogee and the capture of Magdala. Promoted Captain, October 1869, and Major, December 1879, . Mentioned in Despatches (London Gazette 30 July 1880) he was promoted to Brevet Lieutenant-Colonel ‘in recognition of services during the late Afghan Campaigns, and also in the operations against the Naga Hill Tribes (1879-80)’ (London Gazette 1 March 1881). In March 1885, Nicolson was promoted to full Colonel in the Indian Army, and appointed Commandant of the 30th Bombay Infantry.

General Nicolson died in Madras on 7 August 1904, aged 61. For much of the latter half of his career he was greatly concerned with the threat posed by the Russian Bear on British India, and was closely involved in the plans to stop a potential Russian advance through Afghanistan. To this end, and supported in his endeavours by Lord Roberts, he travelled extensively through the Frontier country, producing plans and detailed maps, and contributing greatly to the increased knowledge of the local geography.

In 1877 Nicolson had designed a Cavalry boot having a gusset on the instep, the object of this being to enable it to be got on and off easily. Owing to the difficulty in getting good patterns made, the pair intended for submission to the Government was not prepared until late in 1878, by which time the outbreak of the Second Afghan War caused the matter to be put on one side as far as submission to the Government was concerned. However, Major Staveley, Commanding D/2 Royal Artillery, approved of them, and had all the boots of his officers altered to the Nicolson pattern before heading into Afghanistan. Nicolson also taught a native bootmaker in Karachi to make or alter boots to this pattern, and several officers had new boots made to this design en route to the front. However, despite the success of the boots in Afghanistan, and a subsequent three month trial at Aldershot, the pattern was not found to be suitable, despite Major Staveley’s opinion that ‘...the boots answer most admirably; they were easy to get on and off, no lacing was required, and they were as weather-tight as any other boots, and I should adopt the same plan again if I was ever going on service.’
https://www.dnw.co.uk/auction-archive/past-catalogues/lot.php?auction_id=530&lot_uid=3632 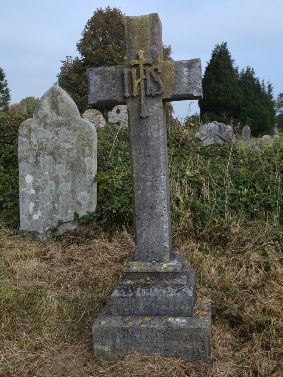 In the
[Abiding?] Memory of
Caroline Nicolson