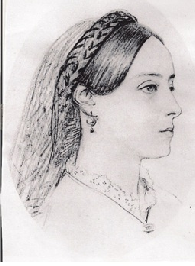 Marianne shares the grave at Hastings cemetery with her stepson Henry John Patmore, the son of Coventry and his first wife Emily.

The grave is marked by a very large slab and the inscription is at the top indicating perhaps that Coventry and other members of the family were expected to be laid to rest there at a later date. 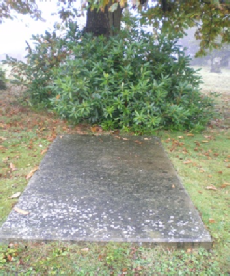 Marianne (sometimes shown as Mary) was said to be a good and kind wife to Coventry’s children from his first marriage to Emily, with whom he is said to have honeymooned in Hastings in 1847.

She met Patmore in Rome in 1864; it was not long before Patmore proposed, but Marianne refused to marry him because he was not Catholic (she herself had converted to Catholicism).  He was prompted to convert and a marriage was arranged.