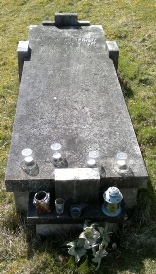 According to other sources he was born on April 1, 1901.  But in fact, this does not tally with the age given to him in the same sources -  “Sergiusz Piasecki died in 1964 in London at the age of 65” 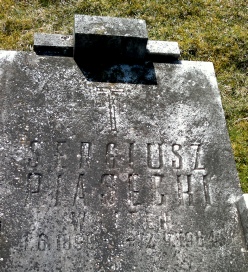 And the mysteries didn’t start there.

He was one of the most renowned Polish language writers of the 20th century.  His crowning achievement, Kochanek Wielkiej Niedźwiedzicy (The Lover of Ursa Major) published in 1937, was the third most popular novel in the Second Polish Republic.  It is based on his own experiences as smuggler, he paints a vivid picture of the Polish-Soviet border and people living on both sides of it.  There was an English translation  under the title Lover of the Great Bear, published in 1938.  Following World War II, Piasecki's books were banned by communist censorship in the People's Republic of Poland.

After the collapse of the Soviet empire, in early 1990s, it once again became again one of the best selling books in the country, according to Rzeczpospolita Daily.  Another one of his novels, an anti-Soviet satire Zapiski oficera Armii Czerwonej (The Memoirs of a Red Army Officer), had already been reprinted several times.