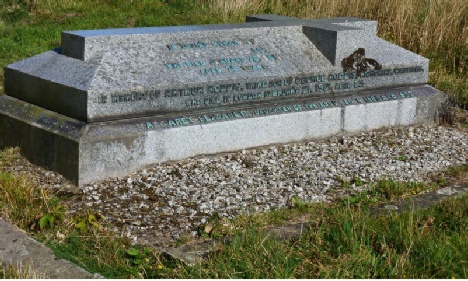 As Arthur is the third son, (born in Market Harborough, like Robert) there are two older sons, as yet unidentified.

George Roddis, draper of 1-2 Robertson St, with Mr Plummer founded the Plummer Roddis department store chain.  Where he was born is unclear as there is a different birthplace in all the censuses from 1851 onwards, the counties ranging from Northumberland through Northamptonshire to Hampshire.

However the dates and occupation of draper are consistent.  His two sons were born in Market Harborough, and there is a listing for George Roddis as a draper there in the 1870’s.