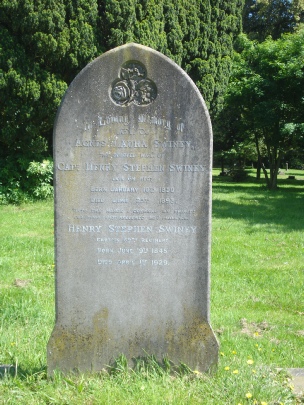 "Into Thy hands I commend my spirit:
For Thou hast redeemed me" Psalms, 31, 6

They had two children;

At the time of his daughters’ marriages, he was living at Gensing House, St. Leonards-on-Sea.

Captain and the Countess Violet Stephen-Swiney 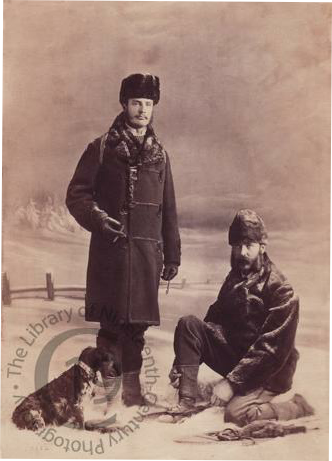 An albumen print portrait of two men identified on the album page as 'Mr Swiney and Capt. Bond / 69th Regt.' The photograph was taken in Montreal in 1868.

[With thanks to ‘Paul Frecker / The Library of Nineteenth-Century Photography’. http://www.19thcenturyphotos.com/'Mr-Swiney-and-Captain-Bond'-125475.htm]