Also of their son

South Lancashire Regiment who was killed in action near Ypres on 14th September 1915 age 18 years and is interred at Birr Crossroads Cemetery at Zillebeke in Grave? Row D Plot 2.

Also of their second son

Also of their eldest daughter

and of their youngest daughter

Francis Ventris was born in 1857 as the second son of Rev Edward Favell Ventris who was vicar of West Mersea, Essex.

After education at Newport Grammar School, Francis joined the 44th East Essex Regiment as a Lieutenant on 11 February 1875.  He was promoted to Captain on 5 November 1881,Major on 16 December 1883 and Brevet Lt-Colonel on 15 June 1885.

In 1883 he married Helen Maud who was the daughter of Major-General Horatio Davies. 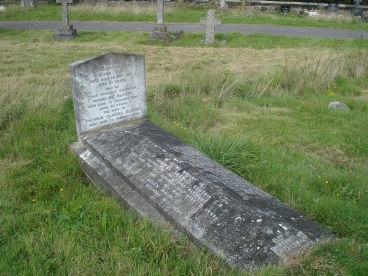 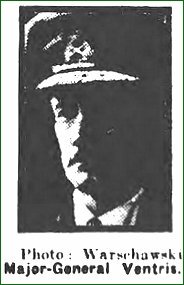 On the outbreak of the Great War he was appointed to command the 25th Division, and in 1915 he was made G.O.C. Forces in China, and held that appointment till 1921 when he went retired pay. He was created C.B. in 1919. and has been Colonel the Essex Regiment since 1904.

The funeral took place on Tuesday at Hastings Borough Cemetery, the officiating clergyman being the Ven. Archdeacon A- V. Alston. Vicar of the Parish Church. St. Leonards.  At the wish of the deceased, it was private nature, and there were no military formalities, except that the coffin was covered with a Union Jack opn which were laid the General's full dress, sword and belts, cocked hat and decorations.  The principal mourners were Lieut.- Colonel K. F. V. Ventris (son). Miss Madeline Ventris (daughter..........

Simultaneously with the funeral, a memorial service was held at the Essex Regiment Memorial Chapel. Warley Barracks, Essex, and was attended by a large number of officers, past and present, of the Essex Regiment, relations and friends.

Michael Ventris, who deciphered Linear B, was his grandson.