Nelson's daughter Horatia (1801-1881) married the Reverend Phillip Ward (1795-1861) in February 1822 at Burnham Westgate Church, where he was then curate near her father's home village in north Norfolk.  He was later vicar of Tenterden.  They had 10 children, seven boys and three girls, William being their fifth child.

On 8th May 1850, an appeal was launched on the front page of the Morning Chronicle headed Nelson Memorial Fund / For His Daughter Horatia to retrospectively honour Nelson’s dying wish that Horatia (and Emma) be provided for.  In response to this appeal, Captain Shepherd, Chairman of the East India Company offered a cadetship to William’s older brother, Nelson.

Nelson Ward, however, was training to be a lawyer, so Horatia requested – successfully – that William be granted the cadetship instead.  William sailed for India two years later, in 1852, to begin a career as an officer of the Madras Staff Corps.  He was, however, plagued by ill health necessitating several terms of extended leave.  William, now a Major, was signed off for twenty months sick leave on 23rd April 1863 and went to stay with his eldest brother, Horace – now ordained as a priest – in Somerset.   During this time, William met his cousin, Tori in Clevedon.

Tori and William were married by his brother Horace in Clevedon that same autumn – on 15th November 1864.  The Western Gazette reported that Tori wore a white silk dress ornamented with tulle and silk cord, a wreath of orange blossoms and rich Irish lace veil.

The newly weds promptly sailed for Madras where they lived for the next seven years and Tori bore him five daughters.  When they returned to England in 1872, they rented a house in Pinner where his aging mother Horatia was now living.   Their sixth daughter, Alice was born there in 1873. 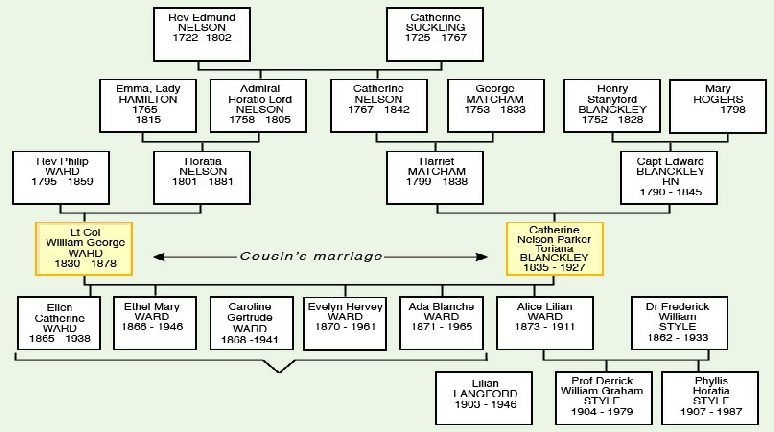 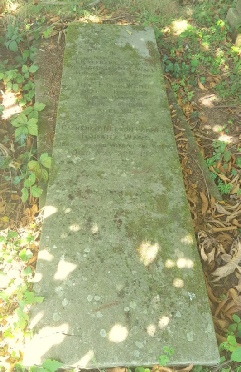