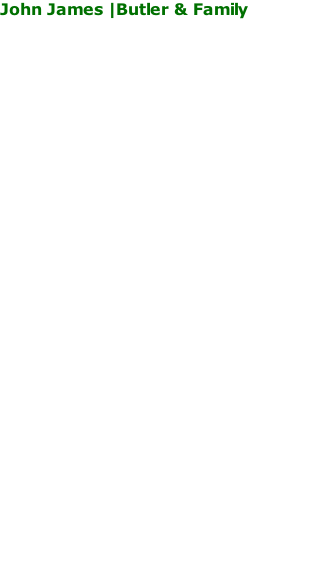 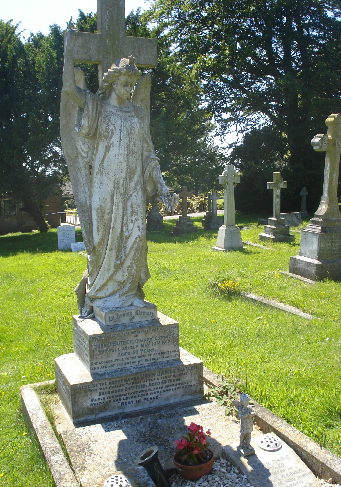 She looked well to the ways of her household

Father in thy gracious keeping

[leave we now thy servant sleeping]

Also of the above named John James Butler,

Who was called to rest after a short illness

And in the morn that angel face doth smile

Which we had loved long since and lost awhile

Also remembered on the grave are:

In 1881 the family lived at 121 All Saints St and John James was a grocer.  By 1891 the family had moved to 2 Croft Villas, Croft Roadd and there were now 7 children.  John J. Butler started his Butler’s Emporium in George Street in 1888

Loss to St Clements - Many people in Hastings, especially in the Old Town, will regret to hear of the death of Mrs. Butler, wife of ex-Councillor J. J. Butler, of Quarry Cottage, Mount Pleasent and formerly of George Street.  Mrs. Butler had been seriously ill since the beginning of the year, and for the past twelve months had been suffering from heart-weakness, acelerated by rheumatism.  With her well-known activity, Mrs. Butler maintained her strength as far as possible, and appeared sufficiently well to allow Mr. J J. Butler to pay a flying visit to Brussels.  Immediately after his deaparture on a three-day trip, Mrs. Butler's illness became critical and he was on his way homeward as speedily as possible when the death occured.  Mrs. Butler will be greatly missed at St. Clement's, where she took much interest in church work, the bazaars, soup kitchen, Mothers' Guild, etc.  Mrs. Butler was also keenly interested in the Horticultural Society's Shows.