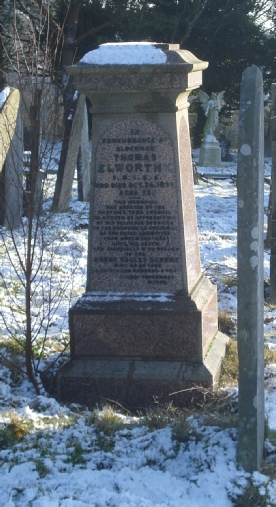 LOCAL PEN PORTRAITS. SECOND SERIES.—No. XXII. MR. COUNCILLOR ELWORTHY. Just three years ago Aldr. Councillor Elworthy, yielding to the representations made to him by certain of the burgesses of St. Mary Magdalen, issued an address to the electors, in which he stated, amongst other things, that being strongly of the opinion that political partisanship, if carried into the Council, is detrimental to the faithful discharge of the responsibility resting upon a representative the ratepayers, he would not permit political opinions to sway a proper consideration or ultimate a vote upon any question which might arise, but would, if elected, give every subject due attention, and in every way to the best of his ability promote the public interest.

That statement of independence was ridiculed in no small degree writers, speakers, and canvassers on the Liberal side, and I do not think that the critics were much to be blamed for the censure which they passed upon the candidate, seeing that their party was conducting the contest from a strictly political point of view, and that Mr. Elworthy was to some extent a nominee of the Conservative section of the Ward.

But to-day, Radicals and Tories alike look back upon the three years' service of the gentleman who, on the Ist of November, 1891, was returned by a majority of 77 over Mr. Slade, is there one, I would ask, not merely in the Ward but the whole town, who would say that Mr. Elworthy has not carried out his proclaimed principle of independence to the very strictness of the letter, and has not earned for himself the reputation of being one of the most independent members who ever entered the Council?

Indeed, to such extent has this exercise of his freedom from party shackles, and determination to act according to his judgment in what he believed to be the interest of the town, been carried that it is an open secret that on more than one occasion when Municipal Radicalism assumed militant attitude in the Corporation, and the Conservative section felt bound to fight for its own hand, Mr. Elworthy refused to surrender his individual views, and to co-operate by voice and vote with the party to whom he more immediately owed his election. But what is the one great outcome to-day of this display of independence?

Is it not that while he is applauded one section he is not decried by the other?  Upon few members of the Council, perhaps, have so many encomiums been written in the same space of time as upon Mr. Elworthy, and, indeed, …….. the very people who, three years ago, were almost offensively loud in their demonstrations against Mr. Elworthy, on the ground that he had been brought forward by the Conservative party, are now to be heard chanting his praises even spirit of enthusiasm. No doubt the immediate cause of the favour which he has found with his quondam Liberal opponents is owing directly to the independence which he has shown as a member of the Council, but with equal truth may it be said that the applause which his public labours have received, and are receiving, proceeds from the sense of the burgesses generally that his skill and efforts as member of the Water Committee must result, not only in the solution of this long standing and much-vexed problem, but in the saving of a large sum of money to the ratepayers.

It may be said also that he himself bad no desire whatever enter the Council, save such desire as was born of the will and belief that as a member of the Corporation he would be able, in regard to this Water question, to render his townspeople some service.  During the long period of his residence in this borough he has been asked by both parties—for is only within recent times that he has become a Conservative—at least half-a-dozen times to enter the local Parliament, but until three years ago, when he felt that, in the teeth of the Water difficulty, to remain any longer outside the Municipal Authority would be a violation of his duty towards the borough,. he refused to take the field as a candidate.  This unwillingness, however, to enter the Council arose in no way from an aversion to hard work, for if there is one man in this borough of whom it may be said he loves work for work's sake, that for every minute of his time he finds employment, that man is Mr. Elworthy.

Apart from the heavy demands of his own profession, [architect]he has divers times interested himself and laboured most earnestly for the moral, social, and educational advancement of the people.  For many years he was a shining light, as it were, amongst the most active toilers the Temperance ranks.  He was at the same time an ardent Congregationalist worker, and toiled most zealously as a teacher many subjects of the young and a lecturer to all.  In fact, as he himself once said, he does not believe in being idle, and in what many persons would call a hard occupation he finds absolute recreation, that is, recreation which means the turning from the performance of one kind of work to the doing of another.

Considering, too, that he is now in his seventieth year, the amount labour which he manages to get through is in a way astonishing, and certainly might appal many a man thirty or forty years his junior. Another recommendation of Mr. Elworthy’s public estimation lies in the fact that all that he has accomplished, both professionally and in other respects, he owes' mainly to his own unaided efforts.

Also recorded here is the death of his wife,