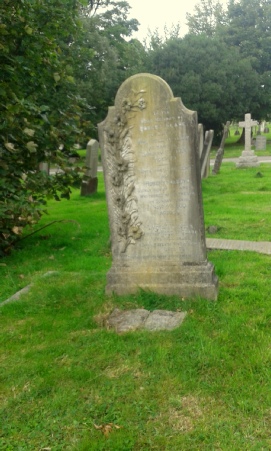 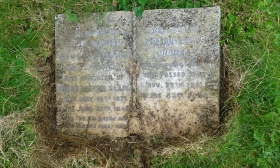 Who fell on [sic] sleep

"Until the Lord cometh"

Only son of the above

Who passed within the veil

Until the day break, and the shadows flee away

NOTICE is hereby given that all creditors and other persons having any claims or demands against the estate of Robert Slade late of 14 Springfield Mount Leeds in the county of York retired Corn Factor deceased who died at 12 White Rock-place Hastings in the county of Sussex on the 15th day of January 1898 and whose will was proved by William Slade the younger of 7 Wellington-place Hastings aforesaid Music Seller, Francis Strickland of Halsteads Hastings aforesaid Corn Merchant and Robert Holroyd Slade of 14 Springfield Mount Leeds aforesaid Mechanical Engineer the executors therein named oh the 24th day of February 1898 .....................

Solicitor for the Executors.

The Slades and the Sricklands were both engaged in the corn trade and Jane Strickland was the daughter of William and Mary Ann Slade.

In the 19th century, the Vauxhall Trust Estates were owned by Margaret Tyers [Barrett] Weller Poley. She left the property in trust to William Slade of Walcot Lodge, Hastings and to Robert H. Slade, (b.1871) and Edith Marion Slade (b.1876), the son and daughter of Robert and Lydia Slade of 14 Springfield, Leeds, with much of the fortune (around £30,000) going to various church charities. Edith Marion Slade was, in 1911, living in Battle, Sussex

In 1910 Edith and Arthur were living at no.21 (Fernside), and he was minister St Leonard’s Congregational Church.