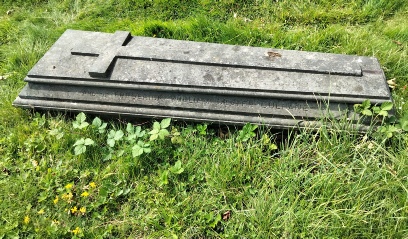 And of Frederick William Slater Culhane

In 1892 Frederick married Mary Lucy Dann in her home town of Nottingham.

1901 Census Frederick is living with his wife, Mary Lucy,  and 4 children, Norah Mary, (born 1896) Robert Crowdy , Mary Christine and Kathleen, at 'Glin House' 123 Mount Pleasant Road. Minnie James is also listed with two other servants.  Two other children were born later, Michael Fitzgerald and Rosalind before their mother Mary died in 1903. [Rosalind was born in 1903]

In 1903 Mrs & Miss Culhane (Frederick’s mother and sister) are at ‘Highworth’, 108 Milward Road.  By this time Mount Pleasant Road had been renumbered and Glin House is now number 43.

Mr. F. W. S. Culhane of Glin House. Mount Pleasant, Hastings, an esteemed member of the local medical profession, has sustained a severe bereavement by the death of his wife, which occurred on Monday.  Mrs. Culhane, who was only 40 years of age, had been in failing health for the peat two years. Mr. and Mrs. Culhane married 18 years ago last October. The deceased lady, was the daughter of Mr. Michael Dann, of The Park, Nottingham, a well known citizen of that town.  Mrs. Culhane leaves four daughters and two sons.  The funeral took place on Thursday the Borough Cemetery. ….

A touching incident was the singing of Mrs Culhane's favourite hymn, "Nearer my God to thee" by the family at the graveside.  Others present joined in the singing of the hymn. …….

Deep regret was felt amongst the very large circle of his friends at  the sudden death of Mr. Frederick William Slater Culhane.  The sad event occurred at his residence, Glin House, Mount Pleasant-road on Sunday night.  The late Mr. Culhane was 65 years of age and had resided in Hastings for over 30 years.  He was a Member of the Royal College of Surgeons and on coming to Hastings was appointed to succeed Mr. Charles Ashenden (who still survives him) as Medical Officer of the Hastings Workhouse, and also received the position of Medical Officer of the Ore, Fairlight and Guestling districts,  positions he filled till a few weeks ago when he retired on superannuation, the amount of which was have been fixed at the next meeting of the Board Guardians.

He also filled the chair of the local Medico-Chirurgical Society and for a period was the treasurer of that organisation.  Before coming to Hastings. Mr. Culhane had filled a poor-law appointment for some few years.  He was of a happy disposition and very popular with his patients.

Years ago Mr. Culhane took an active interest in political matters.  For a few years he occupied a seat in the Town Council as one of the representatives of Lower St. Mary's Ward. During his Town Council career he served as Chairman of the Sanitary Authority.  He retired from the Corporation in 1902.  He was a popular member of the East Sussex Club, and in his younger days was a member of the Hastings Rugby Football Club and was a good player.  The deceased gentleman leaves four daughters and one son.  One daughter was only married a few days before her father's death.  Mrs. Culhane died a few years ago.

NEXT - other offspring of Frederick & Lucy