In proud and loving memory

And of Jeannie Sinclair
his beloved wife and devoted companion.

Also of their elder Son

On the 12th of June, 1897, occurred one of those terrible calamities which those who lived through it will always speak a with a shudder.

One of the earliest measures I took was to assign to every officer his own special duty in repairing damages and restoring confidence.  Every officer, whatever his ordinary duties, was given the task of rendering assistance……..

Above all, Major Neil Campbell, the Civil Surgeon of the station, and John C. Arbuthnott, the Deputy Commissioner — both of whom I am glad to say afterwards received a decoration for their services — never spared themselves, and day and night were continually at work, encouraging others and setting an example to every one by their sense of duty and

“The first shock, which was comparatively slight, was preceded by that rumbling underground noise since so familiar, but was accentuated within a few seconds with such severity that every masonry building in Shillong was levelled with the ground. The direction was roughly from south-west to north-east. The Secretary’s (Edward Gait) residence on the hill above the ward lakes, in which my wife and I were living, collapsed at once, as we stepped out upon the lawn, and the magnitude of the disaster was revealed immediately by the roar of the water escaping from the Ward lakes, which rushed down a ravine, and damming up the stream Umkhra, destroyed the iron bridge leading to the polo ground, driving the heavy iron girders a considerable distance upstream.”

THE EARTHQUAKE: Constantine K Khongwar
“……When Arbuthnott reached the scene of the disaster McCabe was already dead, horribly crushed by the falling debris.  It was a sad end to a distinguished career, and just as he was about to be made a companion of the Order of the Star of India.

After recovering his body from the rubble, Arbuthnott went to see what remained of the Secretariat and other government buildings.  These he found completely destroyed.  The compositors who were engaged in the printing of the Gazette in the Secretariat Press were buried when the building fell in on them.  Arbuthnott was able to rescue a chaprassi, still alive, with only his head protruding from the ruins.

Report on the Conditions of Tea Garden Labour in the Duars of Bengal, in Madras, and in Ceylon by John Campbell Arbuthnott (1904). 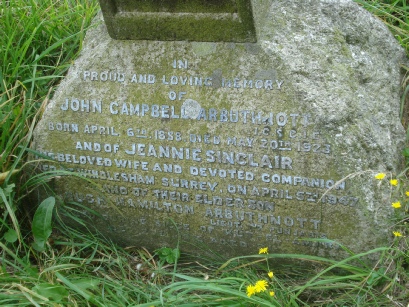 John Campbell Arbuthnott was born in Greenock, Renfrew, Scotland, on 6 April 1858.   He was the third son of Lt.-Col. Hon. Hugh Arbuthnott, the 8th Viscount Arbuthnott, and Susannah Morrison Campbell. 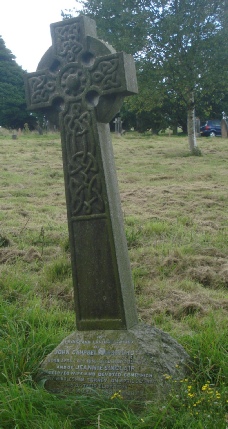